PoC radios (Push-to-talk over Cellular) or as usually called, broadband radios are VoIP devices that serve grouped users. Similar to Skype or Viber, voice communication is built up using the Internet, except that audio connection is not continuous (parties cannot talk at the same time), but are like traditional radio transceivers where the party speaking has to keep a push-to-talk button depressed. There can be only one user talking at a time, but everyone in that group can hear the transmission. Certainly, being state-of-the-art, modern devices, PoC transceivers also offer additional features over traditional analogue radio systems; we can even initiate private calls. 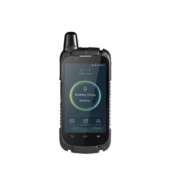 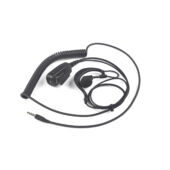